Big news in Estero. Thanks to News-Press We have the latest stories to keep you posted on what is happening in our community.

600-Home Community Planned on East Corkscrew Road. Project Could Be Approved as of Wednesday! 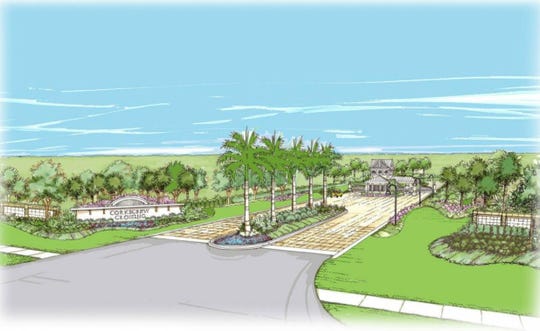 A drawn rendering of the entrance to Corkscrew Crossing, a community planned on east Corkscrew Road in Estero. (Photo: Argo Land Development via Village of Estero)

A new gated community planned in Estero could receive a key approval from the Village Council at a public meeting Wednesday.

Corkscrew Crossing, an Argo Land Development project, would bring nearly 600 homes to a 400-acre property on east Corkscrew Road in Estero. The development is planned on land between Wildcat Run Golf & Country Club and The Preserve at Corkscrew.

On Wednesday, the Estero Village Council is scheduled to determine whether to approve a change in zoning for the property that would reduce the amount of homes allowed, from 724 to 590. The types of structures planned within the project would also change from primarily multi-family units to primarily single-family units.

More than 200 acres are planned for preservation, according to the village.

And: Estero agrees to settlement in dispute with developer of Corkscrew Road property

If the council approves the project, it would be the first gated residential community approved in the village on east Corkscrew Road since Estero’s incorporation in late 2014.

Village Council approval could also end two legal disputes between the village and the property owner and developers of Corkscrew Crossing. 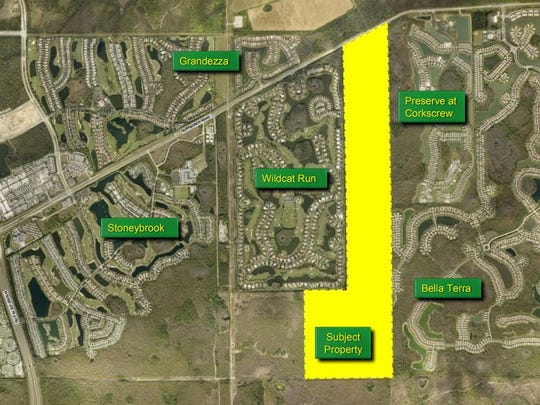 An aerial view of the Corkscrew Crossing site, a home project proposed on the southeast side of Corkscrew Road in Estero. (Photo: Courtesy of the Village of Estero)

How we got here

Argo Land Development and Michigan-based Templeton Family Trust, which owns the 400-acre property, filed a legal challenge against Estero’s comprehensive plan in July 2018. They argued the plan could impact allowable building density for their project.

The legal dispute has held up Estero’s plan, a state-required document that guides future growth in the village, for more than a year. Estero is unable to use the plan until the Argo challenge is resolved, according to the state Department of Economic Opportunity.

Estero filed a legal challenge against Argo and the South Florida Water Management District last December objecting to the district’s approval of an environmental permit for the project. 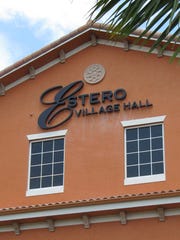 Both cases have collectively cost Estero more than $350,000 as of August 30, according to information provided by the village.

In May, the Village Council agreed to a settlement with the companies tied to Corkscrew Crossing.

The agreement included a $750,000 “voluntary contribution” that would be paid by Argo to the village for the purpose of protecting environmentally sensitive land in Estero.

Under the settlement, Argo also reduced the number and type of planned housing structures on the property to the 590 units in the zoning request scheduled for consideration on Wednesday. Lee County in 2007 approved a plan that would allow up to 725 mostly multi-family buildings on the site.

Estero, under the settlement, agreed to hear the rezoning request for Corkscrew Crossing and draft a comprehensive plan amendment about developing on wetlands in the village. The amendment is scheduled for a public hearing at the meeting Wednesday.

Scott Bland, president of the Florida division of Argo Land Development, said in a statement that the company has worked with stakeholders to develop the current plan for Corkscrew Crossing, which “significantly enhances the originally approved zoning.”

“The goal is to create an environmentally beneficial project that is compatible with our neighbors with a focus on high-quality design, and we believe this application achieves this goal,” Bland said.