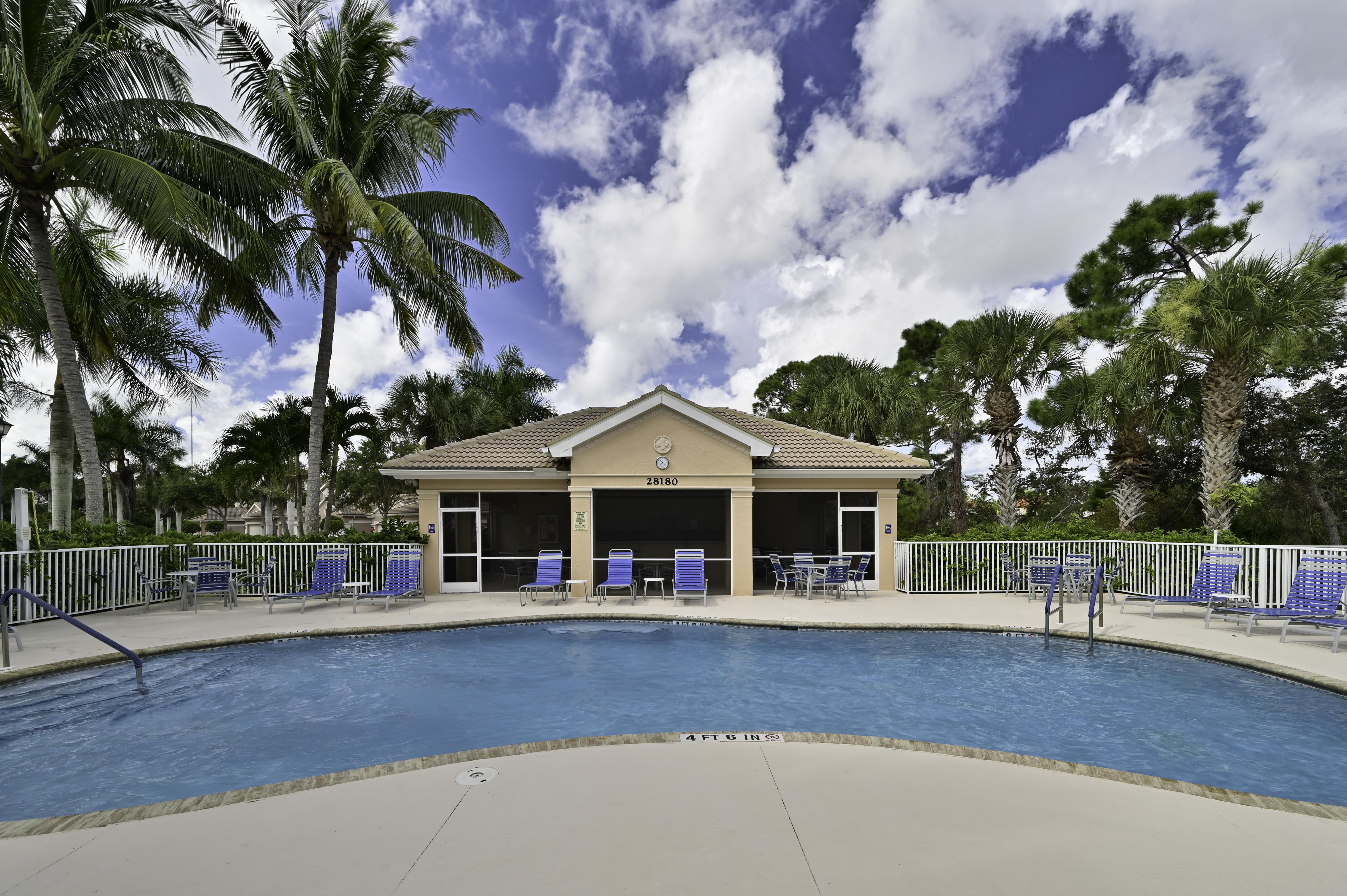 Immaculate 3 Bedroom/2.5 Bath Townhouse in the heart of Estero! Located inside Rookery Pointe 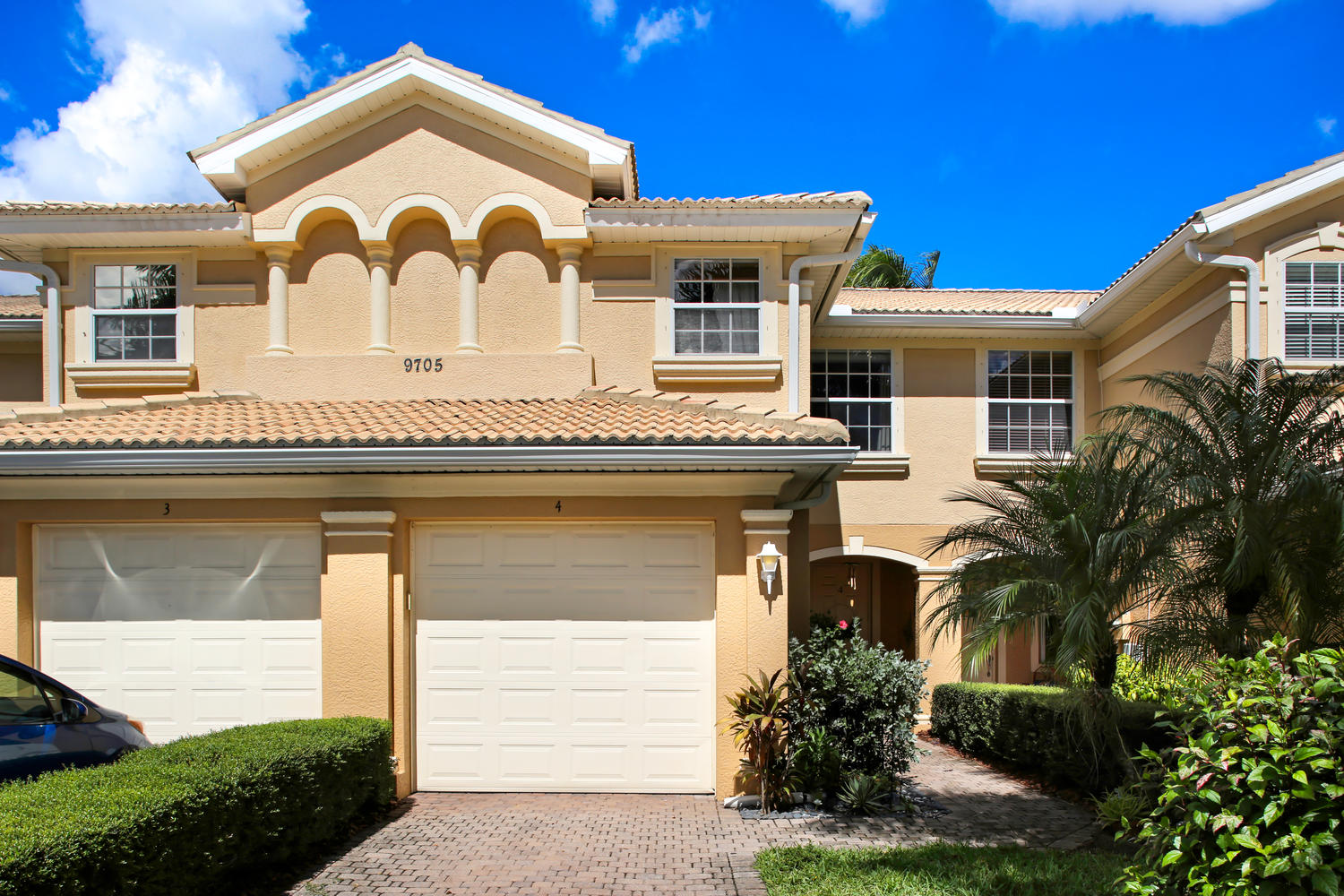 Posted in Buying a Home
no comments yet

Newly Listed This home is a MUST SEE! 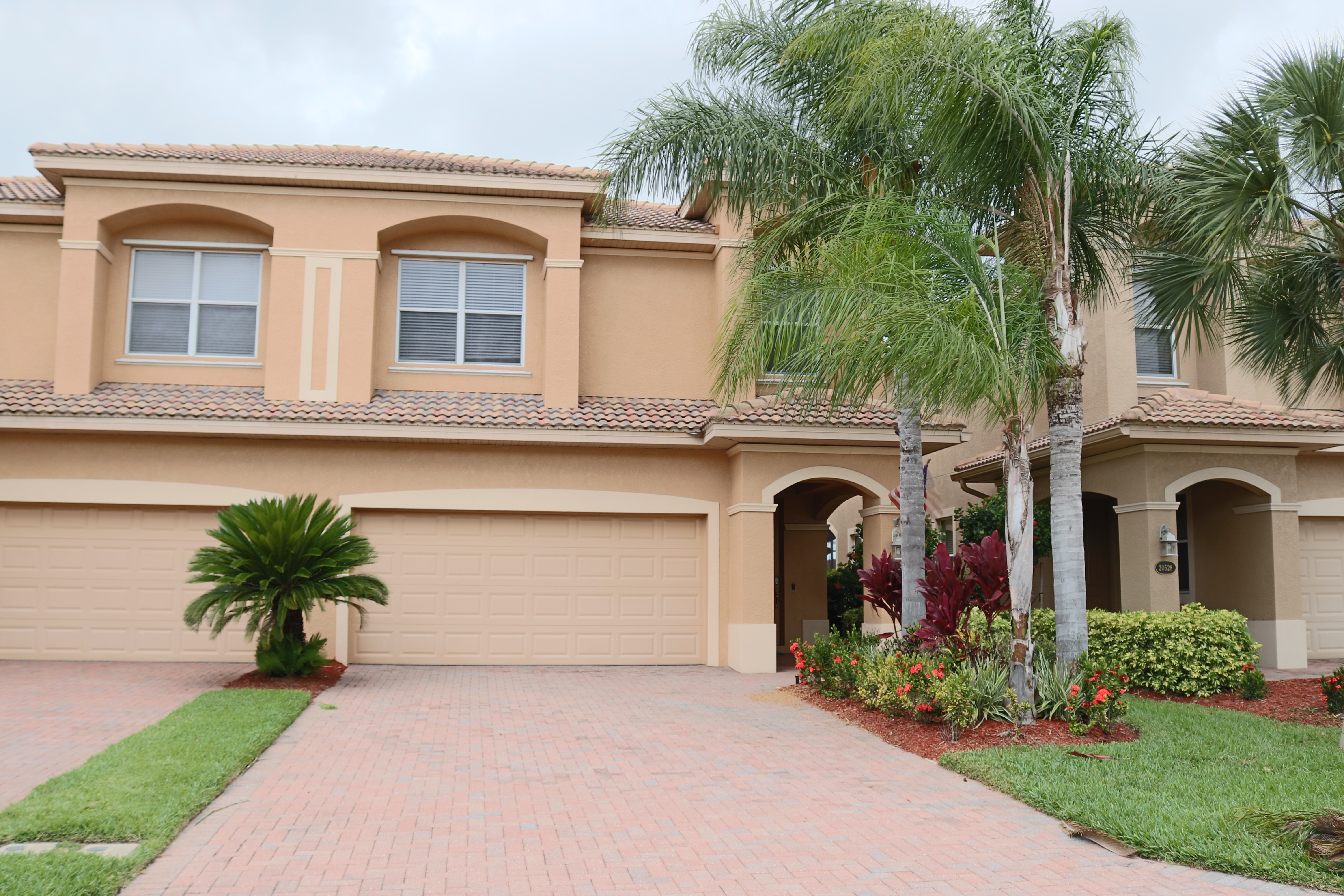 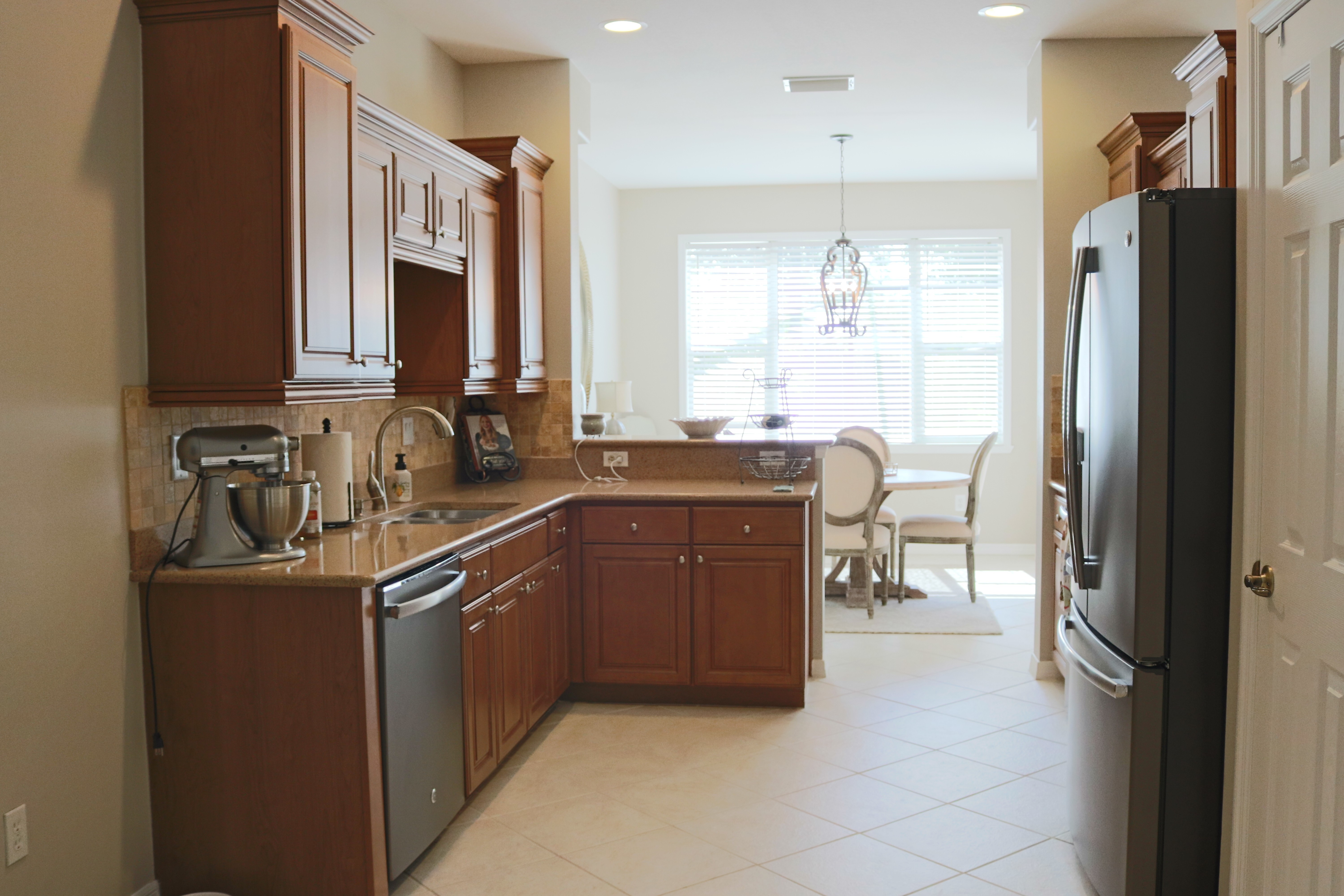 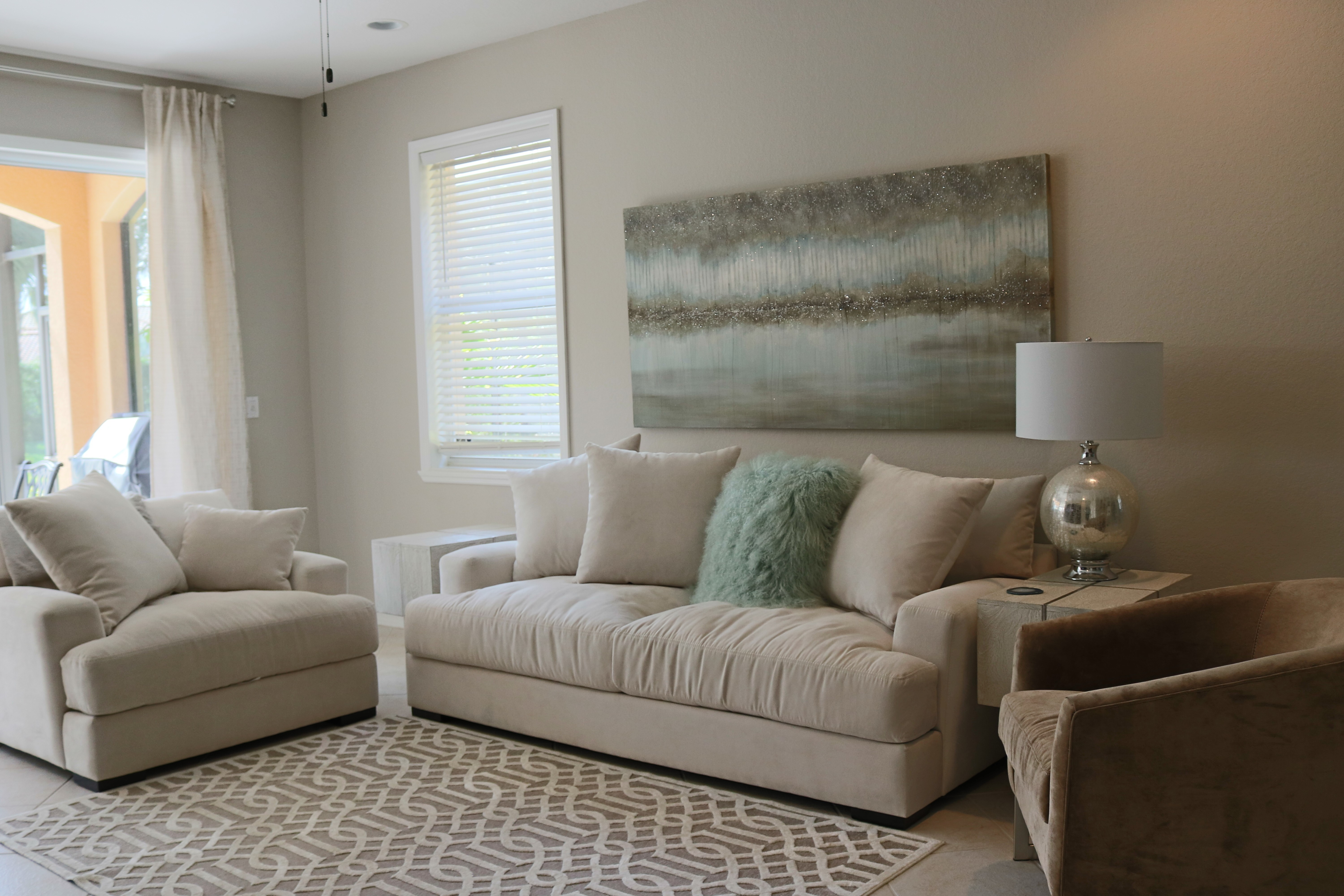 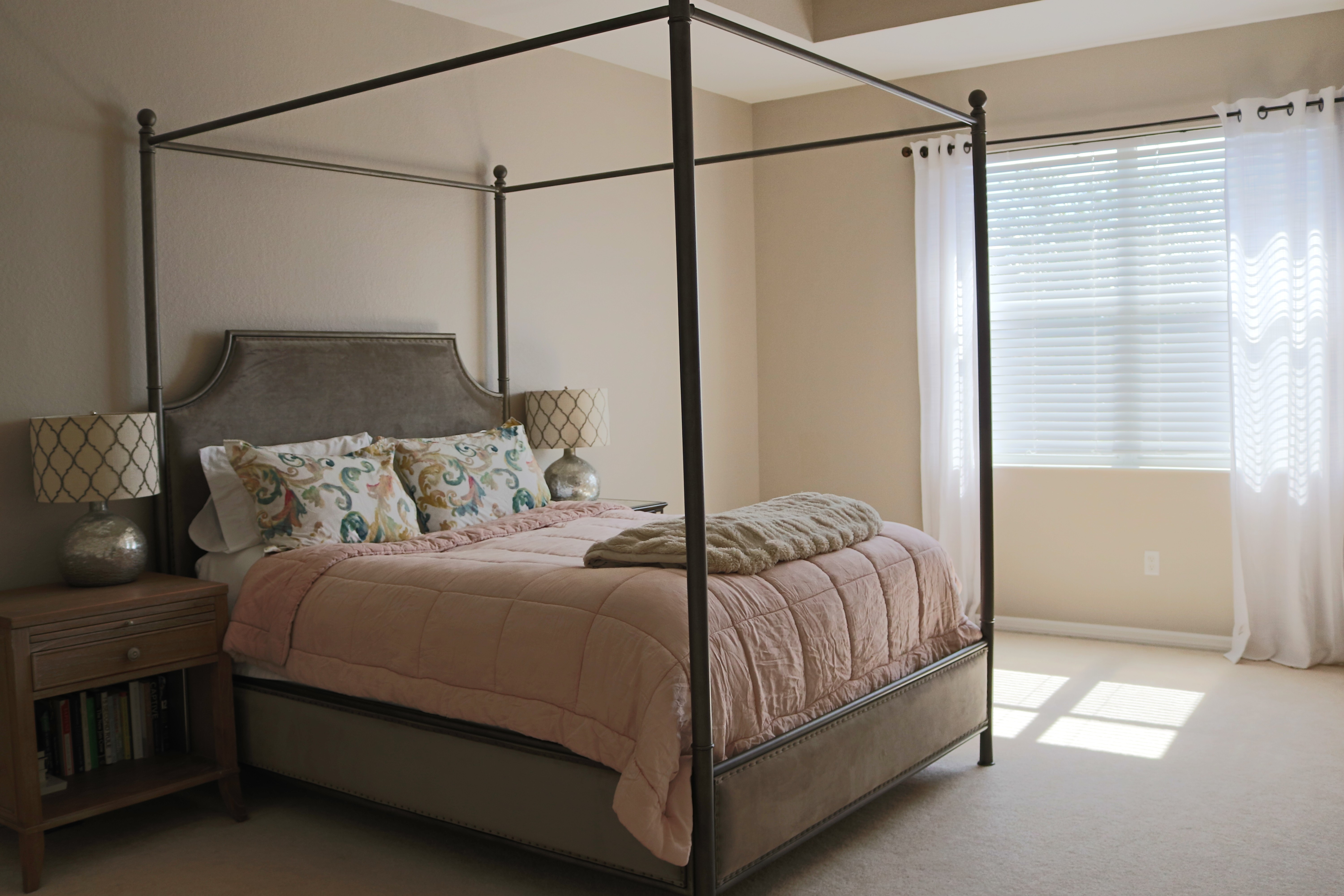 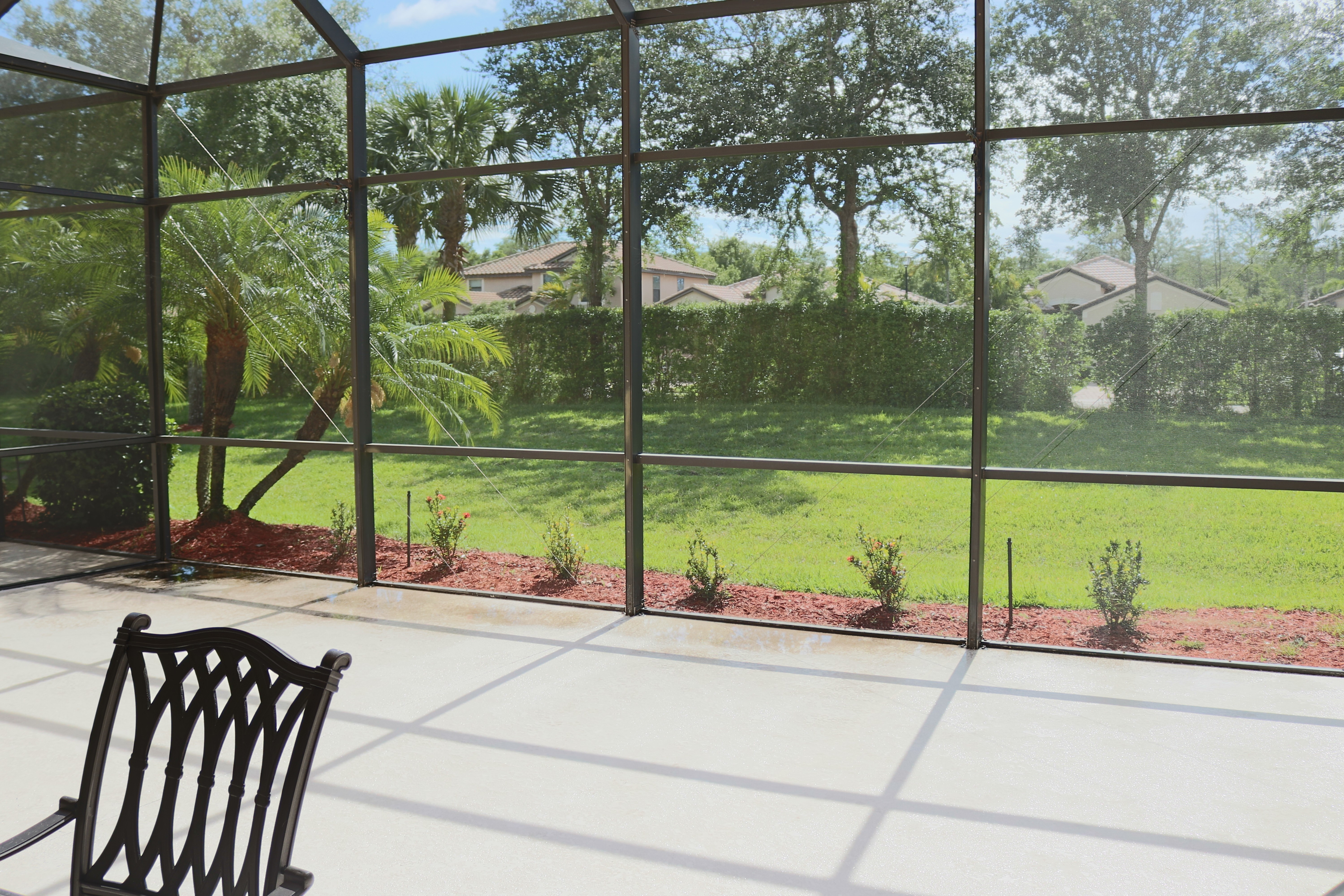 Posted in Buying a Home
no comments yet

This beautiful two story townhome is inside the newly developed community of Villa Medici. 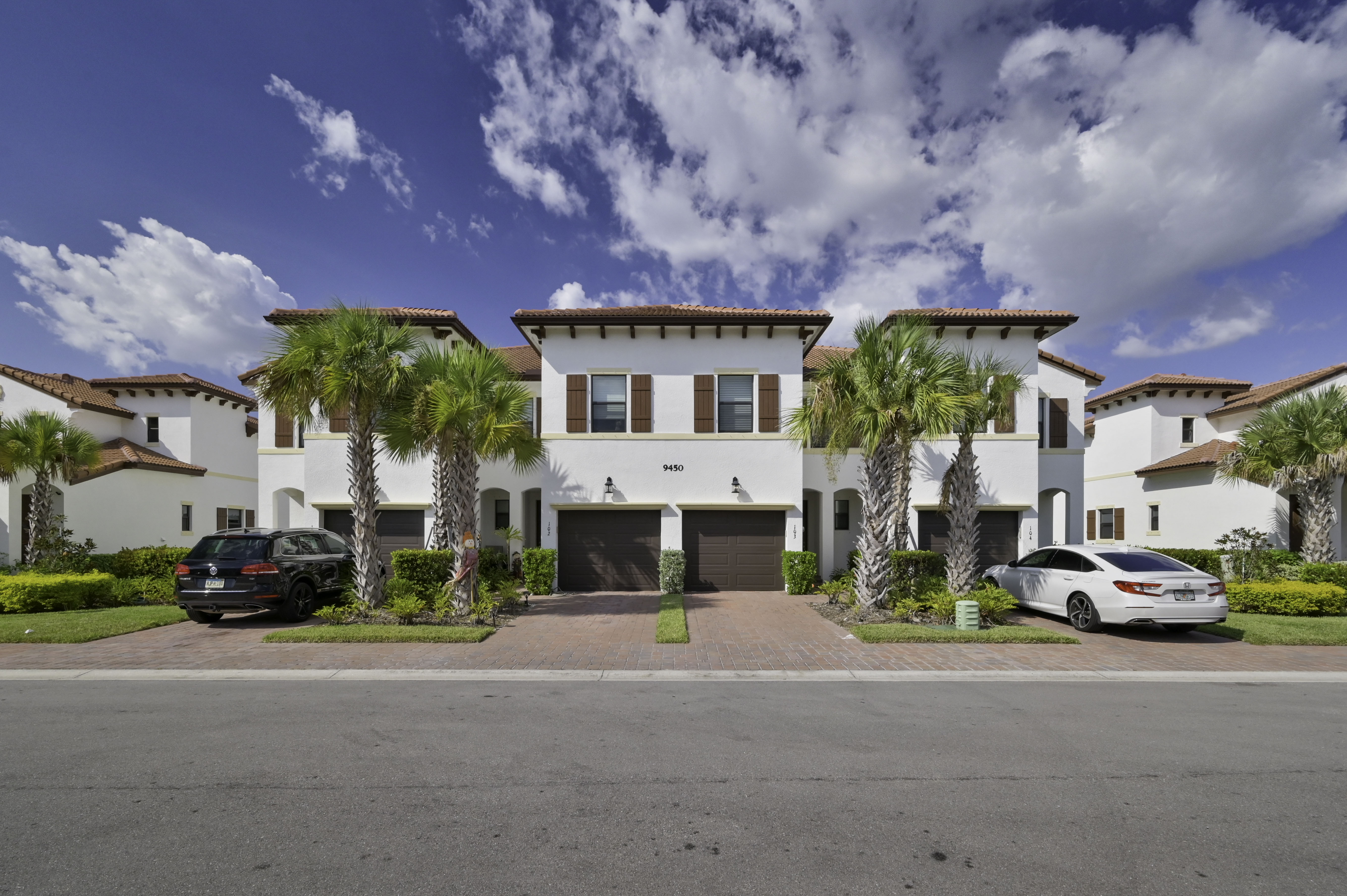 This home features 3 bedrooms/2.5 baths/ single car garage as well as a brick paved lanai. A mixture of tile and carpet downstairs with fully carpeted bedrooms upstairs. Master suite is extremely spacious and features a large walk in closet, split walk in shower and tub with his and hers dual sinks.Villa Medici was developed in 2016 and is located right near Health Park in Fort Myers. Main entrance is directly off Park Royal Drive in between Bass Rd and Summerlin.Amenities Include - Pool, clubhouse and gated community.Rent INCLUDES - Basic Cable, Internet, Water, SewerTo schedule an appointment, please call Realty Group at 239-949-0404.Lease Terms:ANNUAL LEASE$1,750.00 per month$1,750.00 Security DepositLast Month's Rent depending on credit/income.$65.00 per person application/background to Realty Group.HOA FEES:$75 per person *over 18* - background check$150 per application - Processing feePET: No Pets

Big news in Estero. Thanks to News-Press We have the latest stories to keep you posted on what is happening in our community.

600-Home Community Planned on East Corkscrew Road. Project Could Be Approved as of Wednesday!

A drawn rendering of the entrance to Corkscrew Crossing, a community planned on east Corkscrew Road in Estero. (Photo: Argo Land Development via Village of Estero)

A new gated community planned in Estero could receive a key approval from the Village Council at a public meeting Wednesday.

Corkscrew Crossing, an Argo Land Development project, would bring nearly 600 homes to a 400-acre property on east Corkscrew Road in Estero. The development is planned on land between Wildcat Run Golf & Country Club and The Preserve at Corkscrew.

On Wednesday, the Estero Village Council is scheduled to determine whether to approve a change in zoning for the property that would reduce the amount of homes allowed, from 724 to 590. The types of structures planned within the project would also change from primarily multi-family units to primarily single-family units.

More than 200 acres are planned for preservation, according to the village.

And: Estero agrees to settlement in dispute with developer of Corkscrew Road property

If the council approves the project, it would be the first gated residential community approved in the village on east Corkscrew Road since Estero’s incorporation in late 2014.

Village Council approval could also end two legal disputes between the village and the property owner and developers of Corkscrew Crossing.

An aerial view of the Corkscrew Crossing site, a home project proposed on the southeast side of Corkscrew Road in Estero. (Photo: Courtesy of the Village of Estero)

How we got here

Argo Land Development and Michigan-based Templeton Family Trust, which owns the 400-acre property, filed a legal challenge against Estero’s comprehensive plan in July 2018. They argued the plan could impact allowable building density for their project.

The legal dispute has held up Estero’s plan, a state-required document that guides future growth in the village, for more than a year. Estero is unable to use the plan until the Argo challenge is resolved, according to the state Department of Economic Opportunity.

Estero filed a legal challenge against Argo and the South Florida Water Management District last December objecting to the district’s approval of an environmental permit for the project.

Both cases have collectively cost Estero more than $350,000 as of August 30, according to information provided by the village.

In May, the Village Council agreed to a settlement with the companies tied to Corkscrew Crossing.

The agreement included a $750,000 “voluntary contribution” that would be paid by Argo to the village for the purpose of protecting environmentally sensitive land in Estero.

Under the settlement, Argo also reduced the number and type of planned housing structures on the property to the 590 units in the zoning request scheduled for consideration on Wednesday. Lee County in 2007 approved a plan that would allow up to 725 mostly multi-family buildings on the site.

Estero, under the settlement, agreed to hear the rezoning request for Corkscrew Crossing and draft a comprehensive plan amendment about developing on wetlands in the village. The amendment is scheduled for a public hearing at the meeting Wednesday.

Scott Bland, president of the Florida division of Argo Land Development, said in a statement that the company has worked with stakeholders to develop the current plan for Corkscrew Crossing, which “significantly enhances the originally approved zoning.”

“The goal is to create an environmentally beneficial project that is compatible with our neighbors with a focus on high-quality design, and we believe this application achieves this goal,” Bland said.

Posted in Community News & Events
no comments yet

Luxury living in this 3,700 sq ft. custom-built estate home located in the guard/gated community of Pelican's Nest at Pelican LandingThe downstairs features a spacious master suite and Den . Upstairs features 2 bedrooms, bath and a loft. In the kitchen there are newer stainless steel appliances, a custom backsplash and ample cabinetry. Vaulted ceilings and 20” porcelain tile throughout main living areas give it a bight open Florida feel. Enjoy the screened in lanai with a summer kitchen, ceiling fans, and cobblestone tile while out by the large pool and spa. There is also a seperate pool bath and spacious 3 car garage. 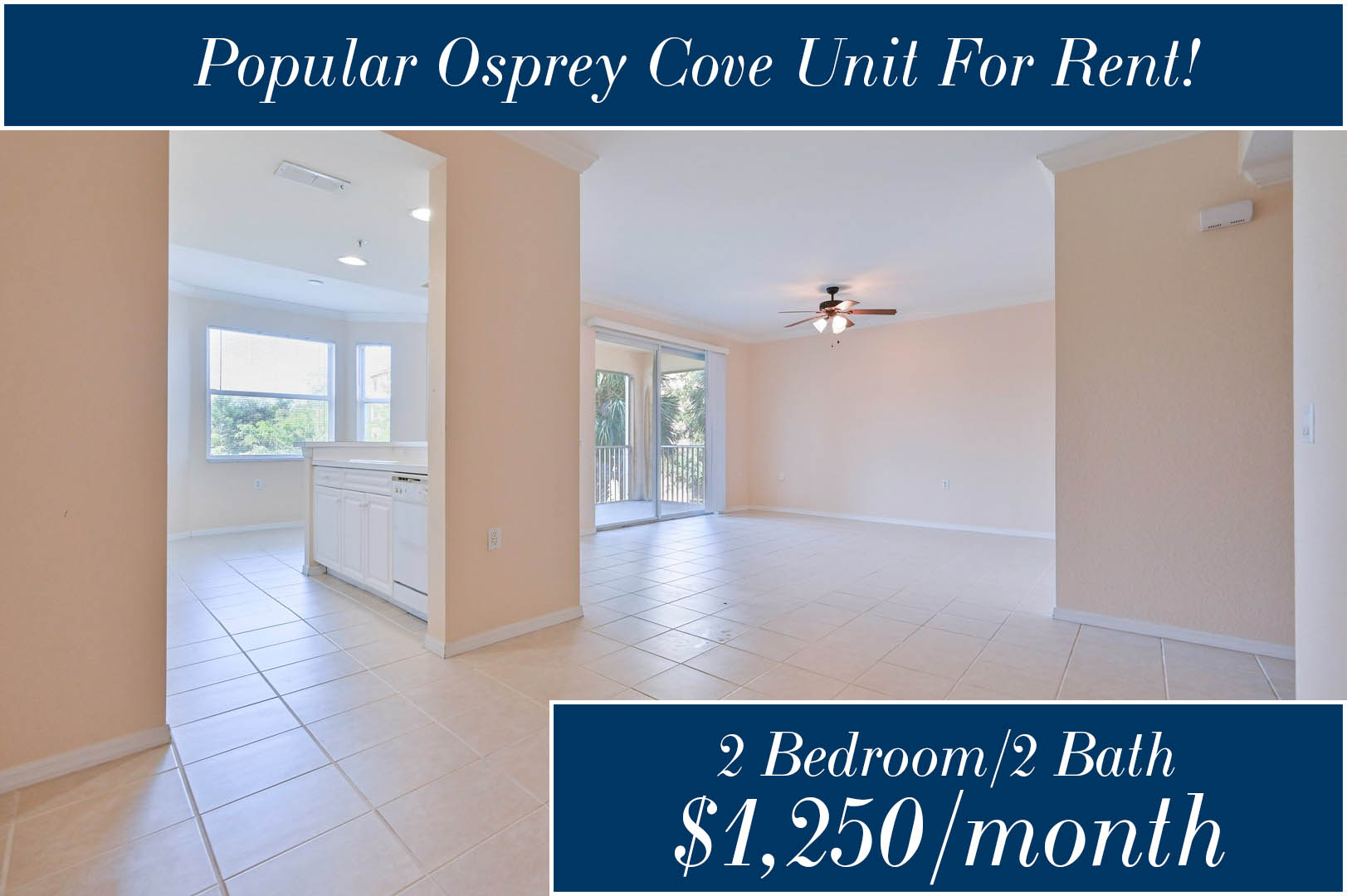 Rent INCLUDES basic cable and water! New paint and carpet within last 2 years.To schedule an appointment, please go to our website at rgrents.com and submit a request with your name and phone number or call Realty Group at 239-949-0404. Currently tenant occupied.Lease Terms:ANNUAL LEASE$1250.00 per month$1250.00 Security Deposit$65.00 per person application/background to Realty Group. Must apply online at rgrents.comHOA FEES:$100.00 Application Fee to Vision Management$50.00 Trash Removal Fee to Vision ManagementHOA approval can take 10+ days for approvalPET:No pets per HOA rules and regulations*The information contained in this listing has been supplied, at least in part by third parties. Therefore, it is believed to be accurate but cannot be guaranteed. 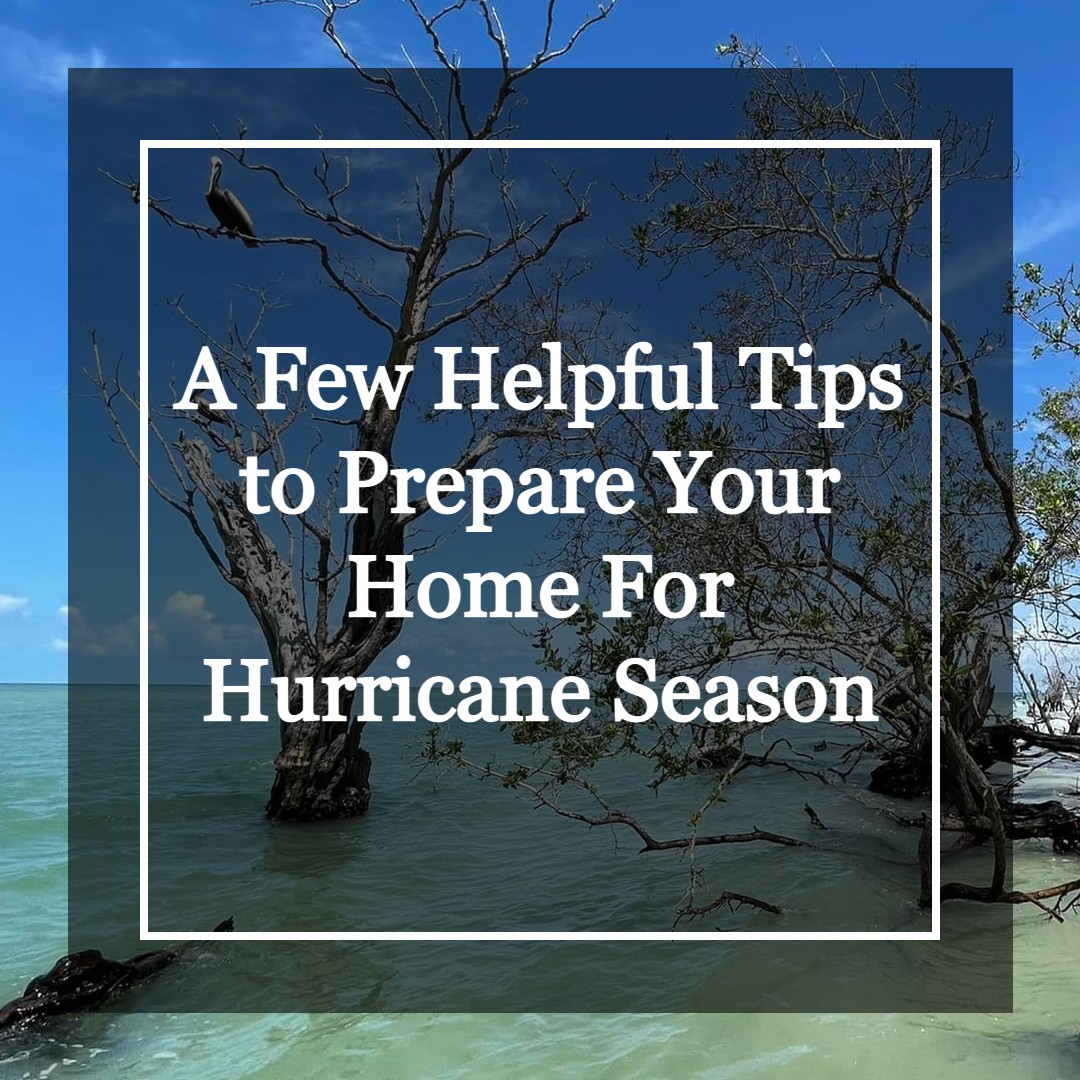 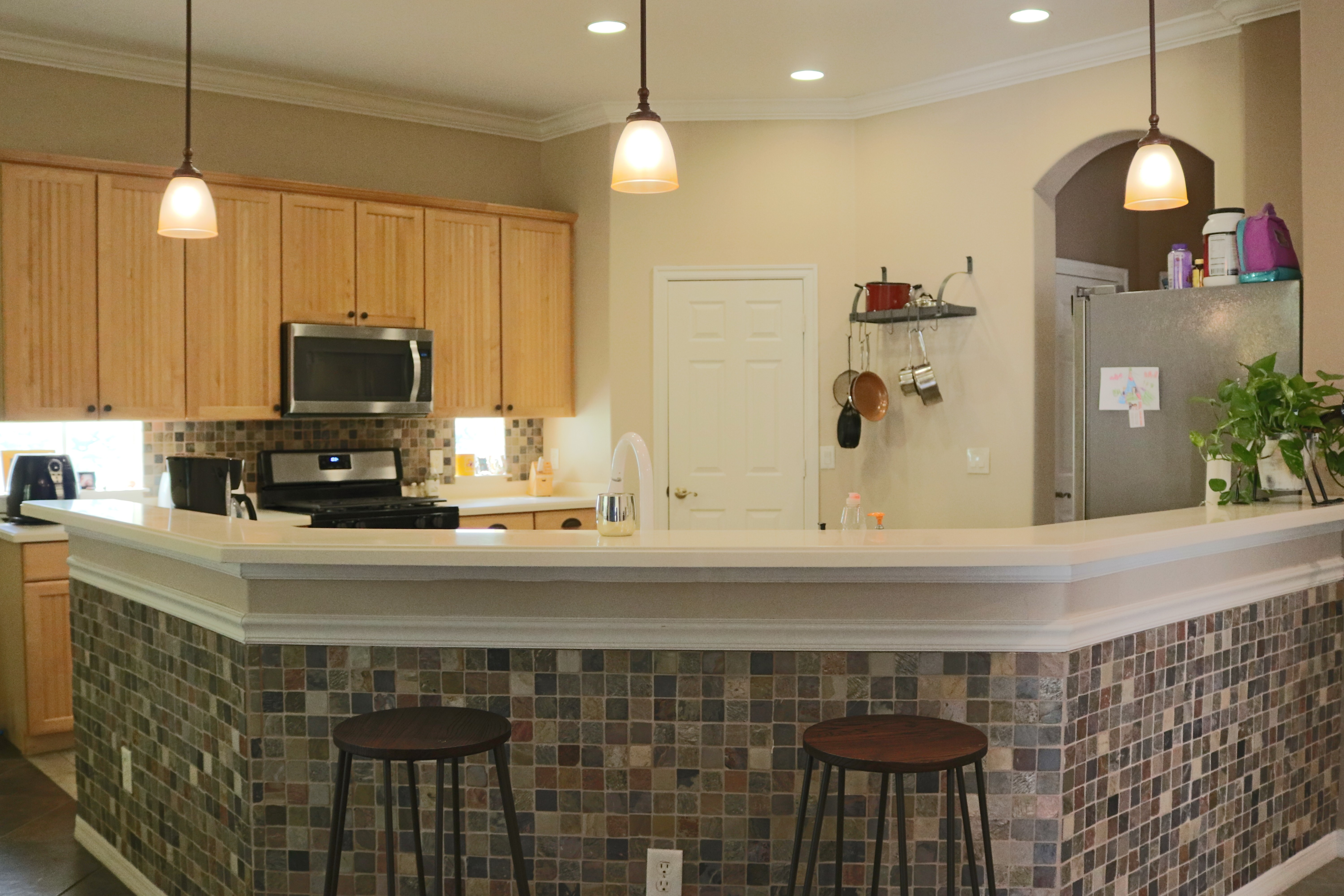 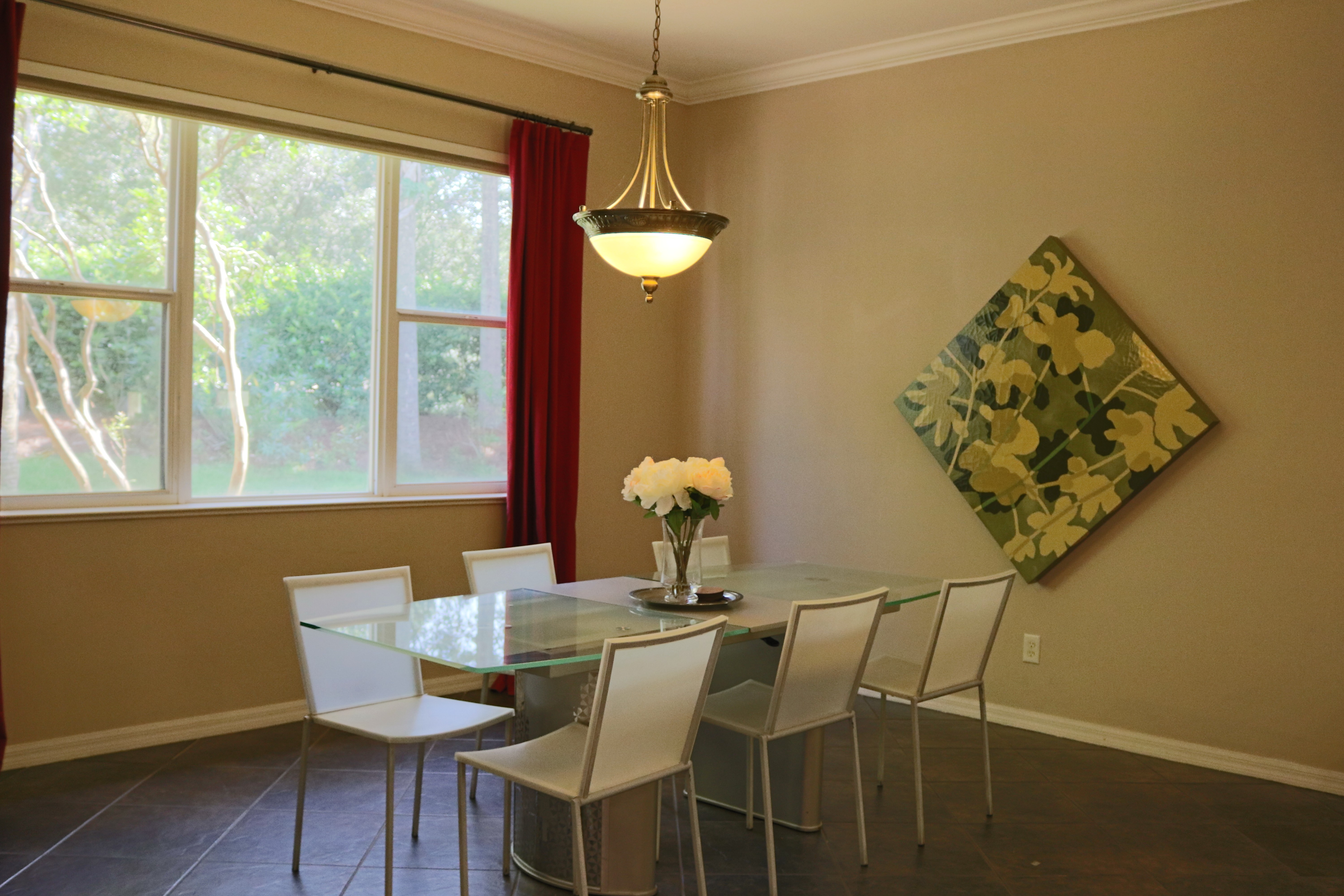 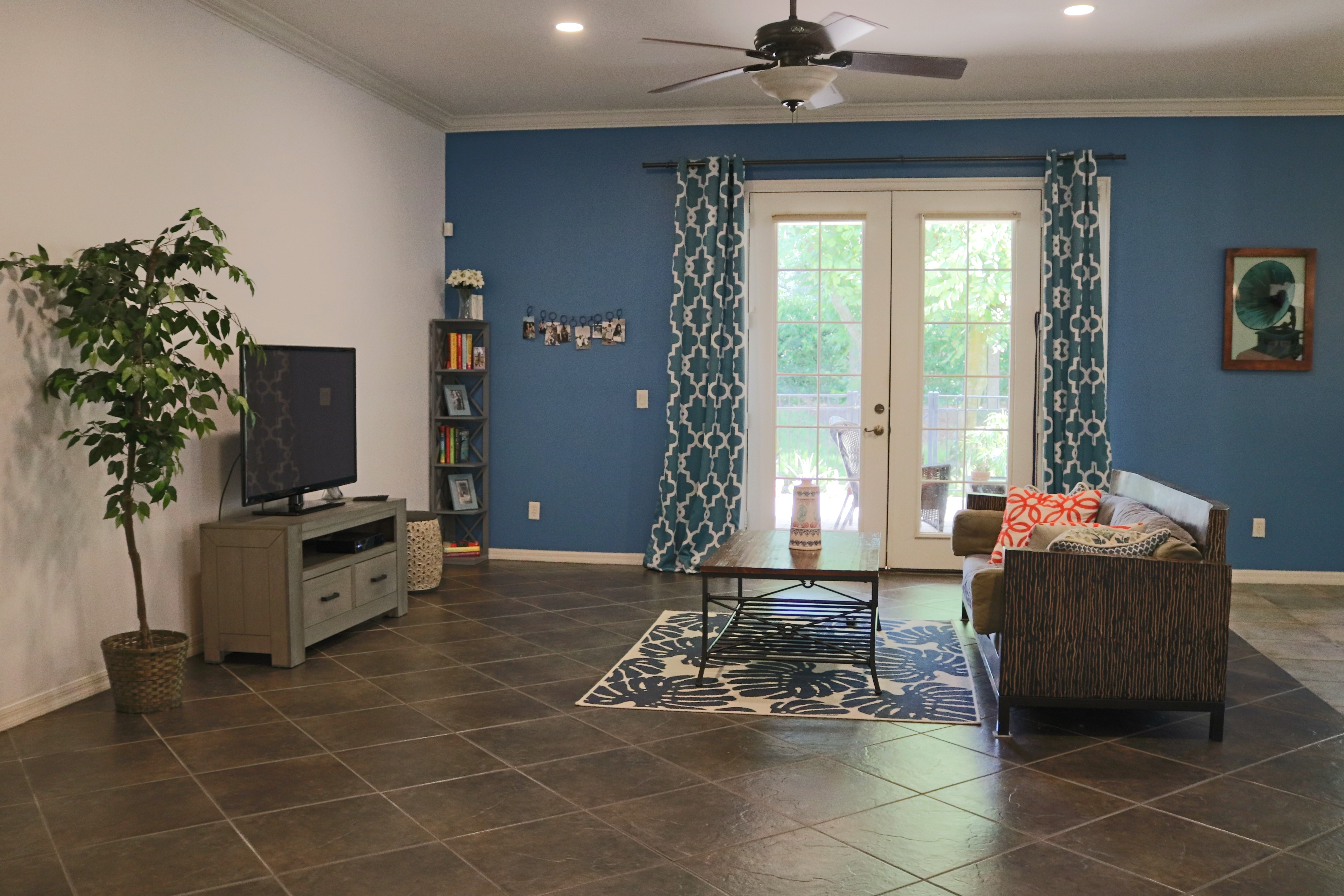 Beautiful Single Family home - 4 bedroom, 2.5 bath home features a beautiful open great room floor plan with tile and crown molding throughout. The spacious kitchen is complete with stainless steel appliances and even has a gas range! The oversized master suite has an extra area which can be utilized as a sitting room, nursery, or place to use your workout equipment. The shady back yard with extended paver lanai is the perfect place to enjoy relaxing outdoors.This home is located in the gated Timber Ridge at Gateway and residents have access to a community pool, parks, volleyball, basketball court, soccer fields, and 15 miles of bike/jogging paths.Rent includes: Lawn Care & A/C Filter Changes!TERMS:Annual Lease$2,050.00 per month$2,050.00 Security DepositLast Month’s Rent – TBD based on credit and income.$65.00 per person Application/Background to Realty GroupHOA FEES:$100 one time Application fee to HOAPETS:Small dog considered with approvalPet Deposit: Minimum of $500.Must provide current vet records and photo of dog* The information contained in this listing has been supplied, at least in part by third parties. Therefore, it is believed to be accurate but cannot be guaranteed. 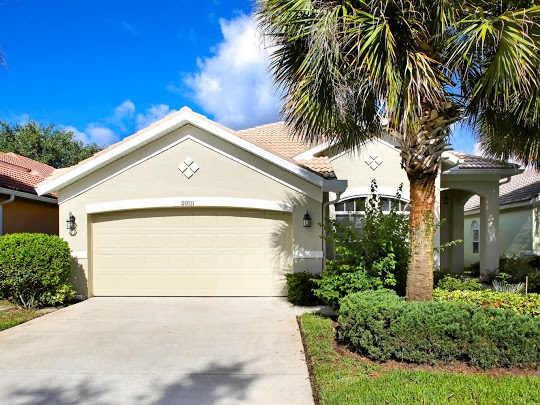 The perfect Estero location! Close to everything SWFL has to offer. Very well maintained home in the gated community of Rookery Pointe. This home features diagonal layed tile floors in all the main areas of the house and carpet in the bedrooms. Light and bright home with lots of natural light and slider leading to the spacious patio. The kitchen offers upgraded cabinets and a pantry off of the kitchen. The master suite offers great space with a bay window, two walk-in closets and a bathroom with walk in shower and jacuzzi bath tub as well as double sinks. The exterior of the home was just re-painted. Low HOA fees that include lawn care, landscaping, cable & internet! The amenities include clubhouse, social events, heated pool, fitness center, tennis, pickleball, basketball, playground, & skating rink. Come and take a look at this beautiful home!